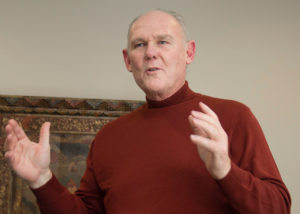 Leadership, Building a Culture of Improvement

Originally from Pittsburgh, he went to college in North Carolina and then played professional basketball for 6 years before beginning his coaching career. He coached in the ABA, Europe, and in the NBA from 1978 to 2016.

Karl was named coach of the year four times – three times in Albany and once in his final year with the Nuggets in 2013. He coached the US national team in the world championships in 2002 and was selected head coach of the NBA All Stars four times.

Outside the court, Karl beat prostate cancer in 2005 and throat cancer in 2010. He is the proud father of three children, including a son who is also a basketball coach. He lives in the Denver Metro Area.

To invite Coach Karl to share his insights at your next event,