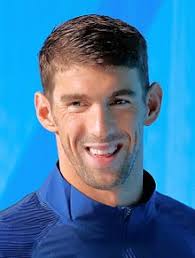 Michael Phelps is the most decorated Olympian of all time, having won 28 career medals, including 23 gold. He competed in his first Olympic games in Sydney when he was just 15-years-old and after competing in his 5th Olympics at the August 2016 Rio de Janerio Games, he retired from professional swimming. Over the course of his competitive career, Michael shattered many World Records and won numerous gold medals at FINA World Championships.

Michael is passionate about growing the sport of swimming. In 2008, Michael launched the Michael Phelps Foundation, a nonprofit organization focused on growing the sport of swimming and promoting healthy and active lives, especially for children. The Foundation, in partnership with KidsHealth and Michael Phelps Swimming, developed and launched the im program which has reached over 15,000 Boys & Girls Club members and Special Olympics athletes with life-saving water-safety lessons.

To invite Michael to speak at your next event,