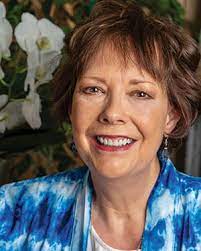 Serena-Faith Masterson developed over 300 unique, named personalities in her fight to stay alive and sane. She was contracted to the CIA’s mind control program called MK Ultra before her birth in 1955 by her father, who was the head of a satanic cult. Both organizations did covert mind control experiments on her beginning at three days old, and it continued into her adulthood.

Serena was diagnosed with various mental disorders; severe depression, suicidal tendencies, self-injury/cutting, compulsive overeating and anorexia, severe PTSD, borderline personality disorder, and finally, with the correct dissociative identity disorder diagnosis in 1992. She entered a 28-day hospital program for dissociative disorders in Torrance, California, in 1993, which turned into eight months of commitment due to her instability. As a result, she lost her three sons to foster care.

Her doctor prescribed Klonopin, Ambien, and Prozac to cope with Serena’s instability, which she decided to stop taking in 1996.

As a result of Serena Masterson’s thirty-five-year healing journey, she learned to stop dissociating from stressful situations and care for herself mentally, spiritually, and physically. She did it by connecting to her authentic self through the guidance of Norma Delaney, a woman who committed over twenty years to helping Serena heal. Through connecting to her inner strength through specific breath practices, combined with integration, learning to stay in the moment plus, differentiating between her trained mind and the truth, Serena came out of the trauma that controlled her for most of her life.

Serena’s message is hope for anyone who suffers from past trauma and pain. She now lives fully engaged, eager to share how she accomplished this remarkable feat with anyone interested.

Serena Masterson works full-time as a consumer lending officer and has close contact with her sons.

To learn more about Serena presenting at your next event,