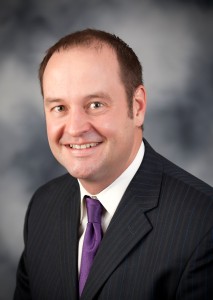 Chris is a Founder and Principal of his own financial services business, which he started in 1999. He supervises and trains over 120 licensed agents with over 10,000 clients. He is a top 50 earner in his company out of over 19,000 agents and is a national speaker and trainer for this firm. He has been a multiple six figure earner since 2004 and has mentored others on the secret of getting to six figures & beyond.

Chris is Co-Author of Couples Money, a book which he wrote with his wife Marlow. which explains how they were able to double their business in 3 yrs during the great recession and overcome serious financial struggles. They share their money secrets as well as those of the numerous financially independent business owners they interviewed in the book. People have discovered how to overcome financial limitations in a simple, no nonsense approach that has worked for many. Chris & Marlow also speak and facilitate workshops on helping couples move their financial lives forward.

Chris is also a Founder of The Betty Felton & Patricia Ireland Foundation, a Non-Profit he and his wife Marlow founded in memory of their Mothers who both passed away from Cancer.  The Foundation assists other non-profits in the arena of cancer, cancer research as well as charities dedicated to helping children and financial literacy.

Chris was raised and has lived in Colorado for over 30 years.  He currently makes his home in Denver with his wife Marlow, and has two children, Caden and Carson.