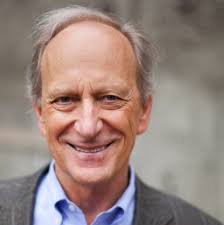 Executive Director of Earth Day, the first CEO and Chair of Green Seal, and the current President of the Bullitt Foundation

Hayes has been at the core of the modern environmental movement since its launch. As a foundation president, attorney, lobbyist, Stanford professor, grassroots organizer, and the youngest director of a national laboratory in the nation’s history, he has spent much of his life fighting for a healthier world.

Selected by Time magazine as one of its 100 “Heroes for the Planet,” Denis Hayes has been awarded the highest awards offered by the Sierra Club, National Wildlife Federation, Natural Resources Council of America, American Solar Energy Society, and the Humane Society of the United States.

Most recently, in his role as President of the Bullitt Foundation, he initiated and led a project to design and build the Bullitt Center – a path-breaking innovative structure that many are calling “the greenest commercial building in the world.”

Hayes is the author of three books. His most recent, Cowed: The Hidden Impact of 93 Million Cows on America’s Health, Economy, Politics, Culture, and Environment

, shows how raising and eating cattle has depleted

He speaks about the major environmental challenges and opportunities confronting us – global warming, expanding renewable energy, green building, sustainable food, protecting our oceans and natural resources – and about the roles we can all play in ensuring that our kids will have a sustainable future.

To discuss Denis Hayes as a speaker, please contact karen@dsbeventsandtalent.com, call 303-478-6652 or click the teal “BOOK NOW” button on the upper right side of this page.